The community has its fingers crossed as the United for Macarthur A-League bid has just been submitted to the Football Federation of Australia.

“If we’re successful which we would love to be, it’ll mean at least 17 to 18 home games here at Campbelltown Stadium”, said Cr George Brticevic, Mayor of Campbelltown.

The bid has won the support of major industry, sport, political and community figures, with strong expectations for success.

“The Macarthur bid has the legs to win with the Campbelltown Sports Stadium in place and ready to go,” said Lang Walker, Executive Chairman of Walker Corporation, who has proudly thrown his weight behind the campaign as Business Ambassador.

“It makes perfect sense for one of the fastest growing populations in any urban area of Australia to have its own football team in what is an exciting and successful national competition”, he added.

The Macarthur region is one of the fastest growing regions in Australia, projected to reach one million plus people. There are currently 11,000 registered footballers in the region with expectations for numbers to grow to 20,000 in the future.

“To be honest I wish something was in place like this when I was a kid growing up playing in the Macarthur region. I aspired to be playing overseas before playing here in Australia,” said Brett Emerton, former Australian football player and Sports Ambassador for the local campaign.

“Now young kids are going to dream of playing here at Campbelltown Stadium and that’s great to see. It provides them with a direct pathway to elite football.”

Campbelltown City Council has led this bid with support from neighbouring Camden and Wollondilly councils.

Councillor Paul Lake points out that if successful, it will be a benefit for the whole Macarthur region right down to the Southern Highlands.

“It’s a summer competition which doesn’t affect rugby league in the winter months so everybody’s a winner”, Cr Lake said.

Cr Brticevic said the United for Macarthur bid presents a new region for the A-League to establish a new team and grow a new fan base.

“True to the community focus, the new A-League Club will be managed by the Macarthur United Football Cooperative Ltd. Through this structure our community can be true owners of the club, buying a slice of the team,” he said.

The bid is also aligned to the State Governments Corridor Strategy which will see Leumeah transformed into a regionally significant sporting and entertainment precinct, something that Cr Lake has been a strong advocate of through the years. He hopes to soon see this area “become a top destination in South –West Sydney.”

(Brian Laul is the founder of Oz Funland, Good Morning Macarthur and Secretary of the Children’s Festival Organisation of Australia. He’s passionate about fostering multicultural relations at a community grassroots level.) 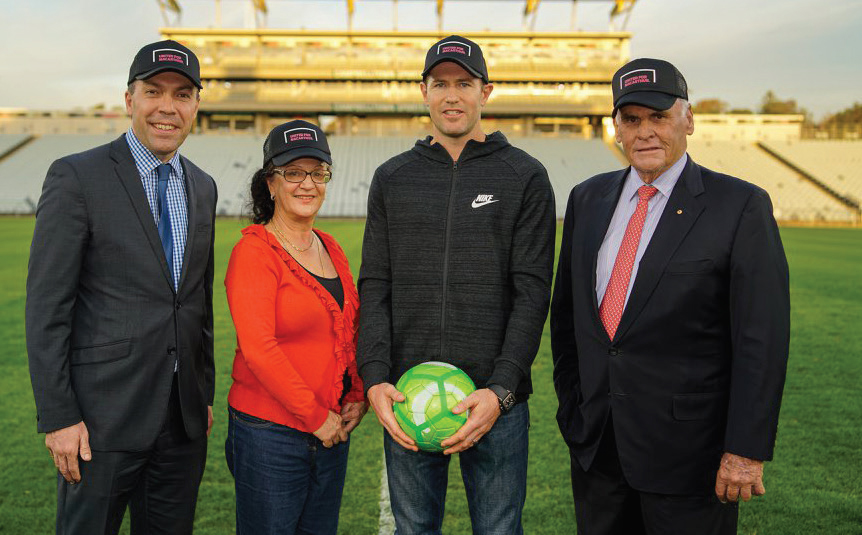 How can Sponsorship Help your Business?

5 steps needed to achieve digital success for your business