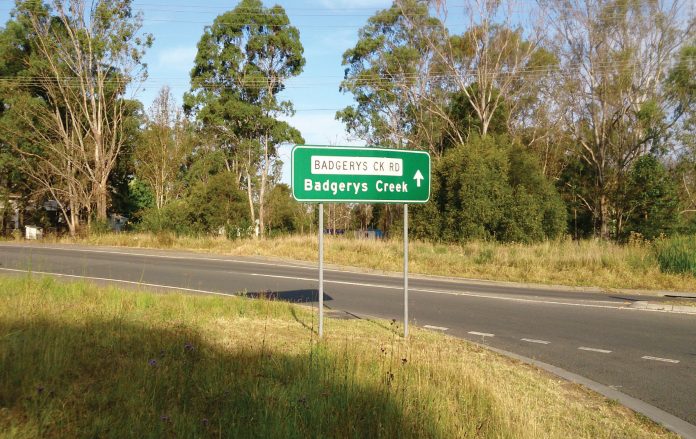 Whatever your preferred mode of freight or travel, transport is the hot topic in Sydney’s Macarthur region with not just all roads, but better still, all transport links leading to South Western Sydney.

After all the talk, talk, talk we are finally seeing work, work, work with major infrastructure projects underway by both State and Federal governments, delivering opportunities and benefits to residents and businesses alike.

Transport is the second largest growth industry in the world and the developments in the Macarthur region are driven by a combination of factors including population growth and the need for residents to access jobs and services, demands of the burgeoning Australian tourism industry, the relocation of distribution centres of several major companies and the increase in online shopping and resulting demand for product delivery.

To meet these transport demands in both the short and longer term, major projects are well underway to improve road, rail and air transport in the region. Many of these projects have a long term completion date, so astute business operators can take advantage of the works schedule to plan their own growth and development.

So grab a ticket and come along for the ride!

The largest transport project for Macarthur is of course Sydney’s second airport, now referred to as Western Sydney Airport, which is to be built at Badgery’s Creek.

After 50 years of talk, the decision has been made and no matter whether you are for or against it, an airport at Badgery’s Creek is becoming a reality and a reality that business owners can turn to their advantage.

While the new airport will not be fully operational for about 10 years, the planning and pre-works stages have commenced with construction due to start in 2016.

According to the Australian Government, the airport will be good for economic growth and good for jobs both in Western Sydney and nationally, as airports are unique in that they employ more people when operational than during construction. This is unlike many other infrastructure projects such as roads, where the job creation is primarily in the construction phase.

The government states that while the initial construction phase is expected to generate around 4,000 jobs, the airport development is expected to create 35,000 jobs by 2035, increasing to 60,000 over time and by 2060 the new airport has the potential to drive an increase in Australian gross domestic product (GDP) of almost $24 billion. ¹

The project is currently in the preliminary stages with the NSW Government working with the Australian Government on developing an infrastructure package to support the new airport, both through the short term development phase and longer term operational phase.

The centrepiece of this infrastructure package is the development of public transport corridors to link existing networks with the new airport and provide access for both workers and suppliers during construction and for all airport users in the long term.

Community consultation inviting feedback on the proposed public transport corridors was initially opened from April through June 2014 and then extended to 29 August 2014 with an additional community information and feedback session held on the 7 August 2014 at St Marys. The comments are currently being considered by the relevant government authorities and a second phase of community consultation on the specific alignment options is scheduled for later this year.

Western Sydney Airport is a major long-term infrastructure project and will require extensive development and upgrades of road and rail support services so the Australian Government’s approach is to first build the roads and then the airport.

To support the new airport in the long term and meet the transport needs of the area’s growing population in the short term, Transport for NSW is planning several transport corridors, both road and rail, for Western Sydney.

Truck traffic in particular, continues to increase significantly and will continue to, driven very much by the ever increasing online shopping industry. People buy online from all over the world and those parcels are delivered primarily by small commercial trucks, but not before many of the imported goods are offloaded from container freight terminals in Melbourne and Sydney and then transported by road to the retailer distribution centres.

As reported on their website, Transport for NSW is planning for ‘the protection of several transport corridors in Western Sydney including the South West Rail Link and the Outer Sydney Orbital corridor’, with multi-staged consultation processes to be undertaken.

Roads and Maritime Services has commenced planning and building for the progressive upgrade of major arterial roads in the area with works commenced on the upgrade of Camden Valley Way; upgrade of Cowpasture Road completed; upgrade to Hoxton Park Road to a four-lane divided road continuing; and the stage delivery of the F5 Freeway.

These and other improvements to the local road network will not only alleviate congestion and make all our travel lives so much more enjoyable, but will also allow for the expected growth in the truck transport industry to meet the demands of population growth and especially online shopping.

In the longer term, the Outer Sydney Orbital corridor will link into the local road network and allow for faster transportation of goods around and beyond the greater Sydney area.

As the population in the area grows, there are more people that need to get to work and while jobs growth in the area is expected to increase, many residents still choose or need to access work places and services outside the local area and rail is by far the fastest and most efficient mode of moving large numbers of people.

The South West Rail Link extension is a critical element of the overall transport plan for the area and an element which the NSW Government intends will future proof public transport in south western Sydney.

The new 11.4 kilometre rail link from Glenfield to Leppington is on track to be completed in 2015 and further extensions proposed to connect Leppington Station to Bringelly and then north to the western line near St Marys and south to Narellan.

The Minister for Transport, Gladys Berejiklian recently announced that the South West Rail Link was under budget and ahead of schedule, with the Glenfield flyover now open.

The flyover separates the T2 South Line and Airport Line services to allow the network to flow more effectively and predictably.

Macarthur on the Move

With so much infrastructure development underway in the area, why not hitch up to the bandwagon and see how your business can benefit from this growth in transport links in your area.

A better road network may mean faster delivery times for your goods and allow you to expand your distribution area and perhaps your online offerings.

If you don’t already have an online store, now could be the time to e-volve.

While the improved rail network will allow locals easier access to jobs and services outside the area, it also means easier access for workers coming into the area.

Macarthur should become more attractive to job seekers from a wider geographical area and in turn allow businesses to attract workers with new skills to grow their business.

And what goods and services can you provide to the construction sector during all this development?

And of course, astute businesses will be expanding and new businesses moving into the area to take advantage of the wide range of opportunities, which will open up with the new airport.

How can you expand your business to capitalise on this growth?

Yes, Macarthur is really on the move, by train, plane and automobile, so fasten your seat belt and get ready for take-off.

Why We Should Teach Our Kids to Code

Single Touch Payroll 2019 Some things you need to know

Campbelltown Council – Getting down to Business

Your risk is our Business